The global shipping industry is responsible for ~2.9% of global greenhouse gas emissions, which equals almost 1 billion metric tons of CO2 each year. Unchecked, emissions could increase by as much as 130% from 2008 levels by 2050. Transitioning to low-carbon fuels will be essential to secure the long-term future of the industry and meet International Maritime Organisation (IMO) emissions reduction targets for 2030 and 2050, but still-developing technologies and the long lifetime of existing vessels makes this challenge even bigger. 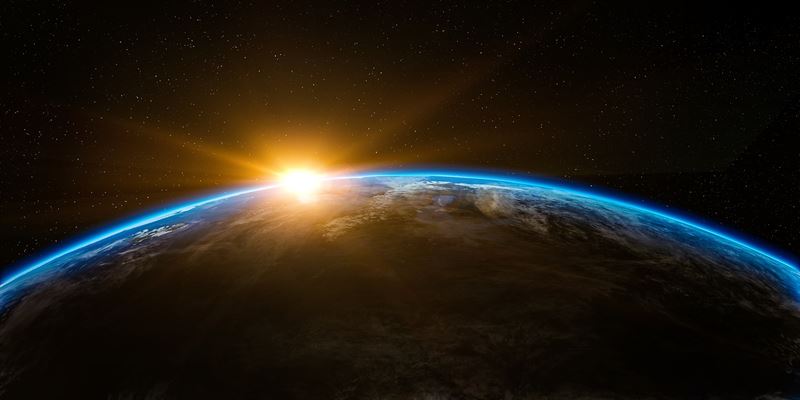 Currently there are more than 70 000 vessels trafficking our oceans, with an average lifespan of approximately 25-30 years. Finding a low emission fuel for these vessels is no easy task, but now is the time to accelerate the transition. Methanol offers not only immediate, and urgently required, benefits but the only clear pathway to a sustainable future.

Proman, one of the world’s largest producers of methanol, has together with Stena, a privately owned shipping company operating approximately 140 vessels, decided to take on this challenge. Proman and Stena are committed to jointly developing a Retrofit & Supply solution, enabling both Stena’s vessels as well as third party vessels to experience the immediate environmental benefits and greenhouse gas emission reductions delivered by methanol.

Proman and Stena have uniquely complementary skills enabling them to jointly offer a turn-key solution for the shipping industry to benefit from a methanol-based pathway to a sustainable low-carbon future. In 2015 Stena was the first ship owner in the world to convert a large vessel to methanol power together with a current partner. Since then, the vessel has been operated safely and conveniently, thereby demonstrating the potential of using methanol as a marine fuel. Methanol produced from natural gas brings an immediate CO2 reduction which will be further reduced to over 90% as renewable and sustainable methanol becomes more widely available as marine fuel.

Per Westling, CEO Stena RoRo: “We believe that methanol is a clear frontrunner in shipping’s search for fuels beyond the fossil default and we are proud to be playing our part to help build the market for alternative fuels within shipping. We converted Stena Germanica to methanol power already in 2015 with another current partner, and that gives us valuable experience both from a conversion and operational perspective.”

The plans for a Retrofit & Supply solution build on the previously announced joint venture between Stena Bulk and Proman for three methanol-ready tankers. The first of these vessels, the 49,900 DWT Stena Pro Patria will be delivered in early 2022, with a further three Proman-owned but mutually operated dual-fuel vessels due in 2023.

Carl-Johan Hagman, CEO Stena Rederi: “This announcement builds on the exciting and fruitful partnership that Stena Bulk has already forged with Proman and gives Stena another avenue to explore the use of methanol on more ship types.”

David Cassidy, Chief Executive of Proman, said: “Methanol is the only available alternative marine fuel that offers immediate emissions reductions, dramatically improving air quality and delivering a clear shipping decarbonisation pathway for 2050 and beyond. Unlike other alternative marine fuels, methanol utilises existing technology and is safe and widely available. Proman’s partnership with Stena has grown from strength to strength. Our combined vision is to dramatically accelerate the energy transition in shipping and not only talk about changing our environment but to actually make it happen. We will leverage both companies’ ambition and expertise to make methanol more widely available to vessel owners around the world and help them to join us on the transition to a cleaner shipping industry.”

About Methanol
Methanol is a clean burning fuel which brings immediate environmental benefits on land and sea. Methanol eliminates sulphur oxides (SOx) and particulate matter emissions and cuts nitrogen oxides (NOx) by approximately 60%.
Methanol is safe. It has been shipped globally, handled, and used for over 100 years. Methanol remains liquid at ambient temperatures, making it easy to handle like existing marine fuels, and safety procedures for handling methanol are well known and practiced all over the world.
It quickly dissolves in water and biodegrades rapidly, making a methanol spill far less damaging for the environment compared to MGO, VLSFO, HFO or other oil-based fuel spills.  Indeed, methanol is actually used in water treatment plants.
Risk classification societies and the IMO have already developed standards and guidelines for methanol as a marine fuel, with regulatory acceptance under the IMO IGF Code. Methanol is widely available at over 122 ports worldwide. Unlike alternative fuels like LNG, methanol only requires minor modifications to existing terminal infrastructure, bunkering and fuel storage facilities to support shipping operation.  On board, methanol behaves like established fuels and is easy to store and pump for direct injection into the engine.

Since 1977, Stena RoRo has led the development of new marine RoRo, cargo and passenger concepts. We provide custom-built vessels, as well as standardized RoRo and RoPax vessels. The company leases about fifteen vessels to operators worldwide, both other Stena companies and third parties. Stena RoRo specializes above all in applying its technical expertise to the design and production of new ships and the conversion of existing ships for providing tailored transport solutions to its customers. We call this "Stenability". Since 2013, we have been responsible for the design and completion of Mercy Ships’ new hospital vessel the Global Mercy – the world's largest civilian hospital ship. www.stenaroro.com

About Stena AB
Stena Rederi AB is part of Stena AB Group in Sweden who has activities within Ferries, Tankers, Ports, Offshore drilling, Ship Management, Real estate, and other investments. The group has a 3.5 billion€ turnover and 15.000 employees and operates more than 140 vessels worldwide.

About Proman
Proman is an integrated energy company and the world’s second largest methanol producer.  Headquartered in Switzerland, with assets in the United States, Trinidad and Oman, and ongoing expansion into Mexico, Proman is a global leader in methanol, fertilizer, and other products such as melamine and has extensive experience in petrochemical plant operations, petrochemical and power plant construction, marketing and logistics, and project management. Proman is committed to developing sustainable methanol and ammonia as cleaner alternatives to fossil fuels, offering a pathway to drastically cutting emissions in power generation, overland transportation, shipping, and industry.
Learn more about our work along the clean shipping supply chain here: https://www.proman.org/methanol-as-a-marine-fuel/