In just under three months, Stena RoRo has converted the former Stena Superfast X day ferry into a night ferry, which under the name A Nepita is to operate on the Marseille – Corsica – North Africa route.  She has been freshened up, repainted, given custom furnishings, many more cabins and outfitted with hybrid scrubbers. The new customer is the French shipping company Corsica Linea. 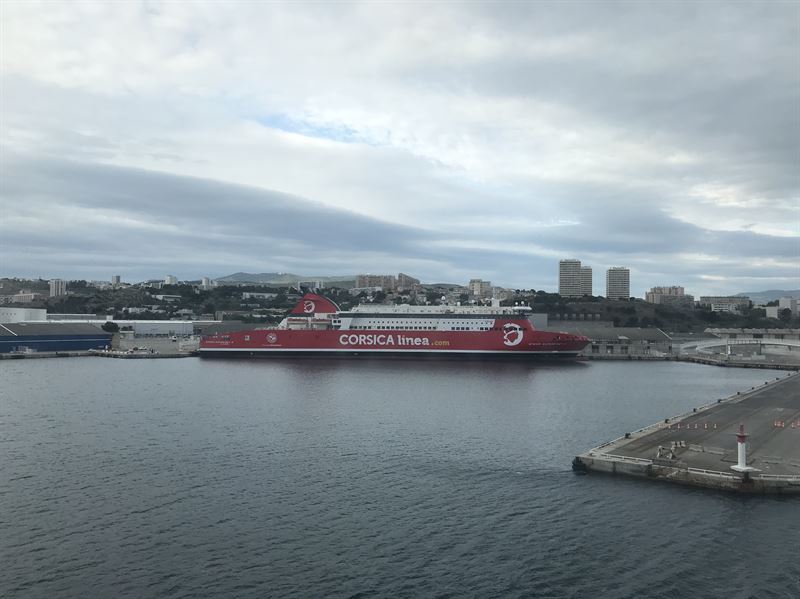 With conversion, carried out in Piraeus, Greece, the number of passenger cabins on board has increased from 45 to 176, of which 94 are newly built and 33 former crew cabins converted to passenger cabins. The ship has also been fitted with hybrid scrubbers, an exhaust gas treatment system that reduces emissions of sulfur into the air.The A Nepita is to operate both on the shipping company's domestic routes and between France and North Africa. 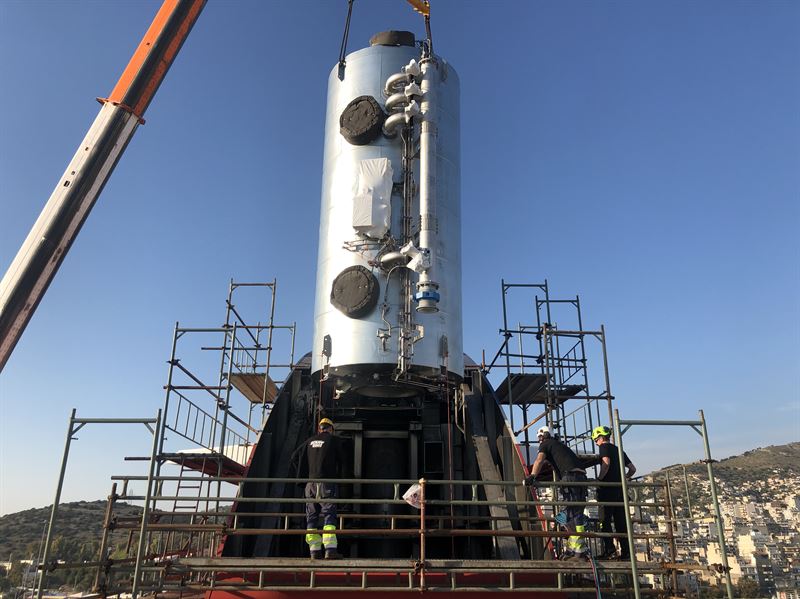 “The conversion has gone extremely fast and we're very happy with the results,” says Niklas Andersson, general manager for Operations at Stena RoRo. “The Mediterranean is a familiar market for us, but in this case we have a new customer, which makes it especially nice. This type of assignment – taking a customer’s wishes and realizing them with rapid execution – is what we’re best at.” 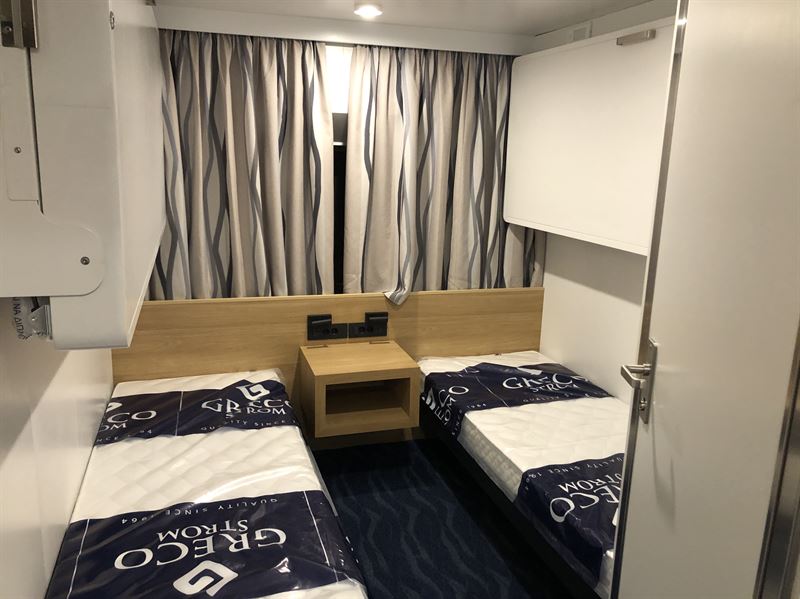 “The process has moved extremely fast and collaboration with affected suppliers has gone smoothly,” says Stena RoRo’s site manager Claes Tisell at the shipyard in Greece.  “Despite major difficulties related to the prevailing Covid-19 pandemic, with shipyard workers and subcontractors, among others, forced to quarantine, we have managed to keep the timetable.”

The site where the conversion took place is no traditional shipyard. The ship was “parked” at a dock with a piece of land to which subcontractors have access. All work has been coordinated by a local firm. A floating dock was used as necessary. 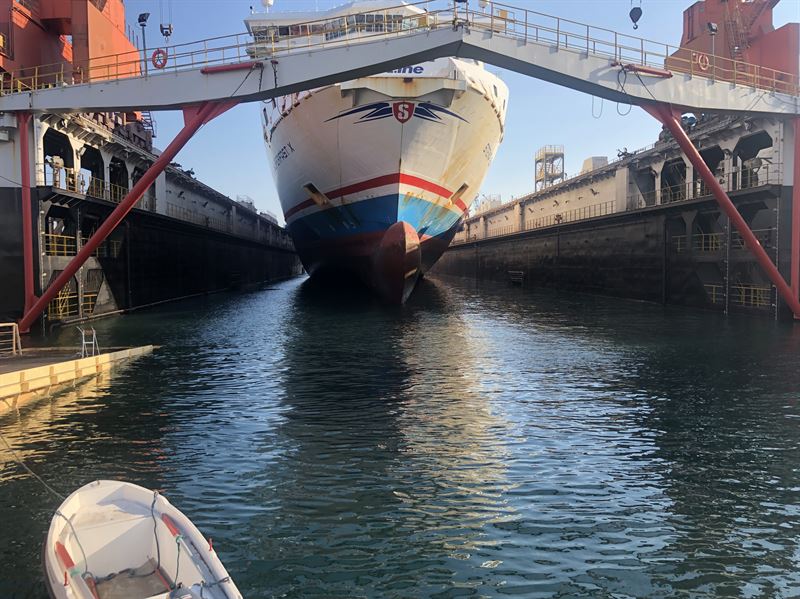 “This is a known and appreciated concept in the Mediterranean and not least in Pireaus, which entails extensive freedom in planning and execution,” says Claes Tisell.

The ferry, built in 2002, was formerly called the Stena Superfast X and has operated on, for example, the Dublin – Holyhead line under Stena Line's management. 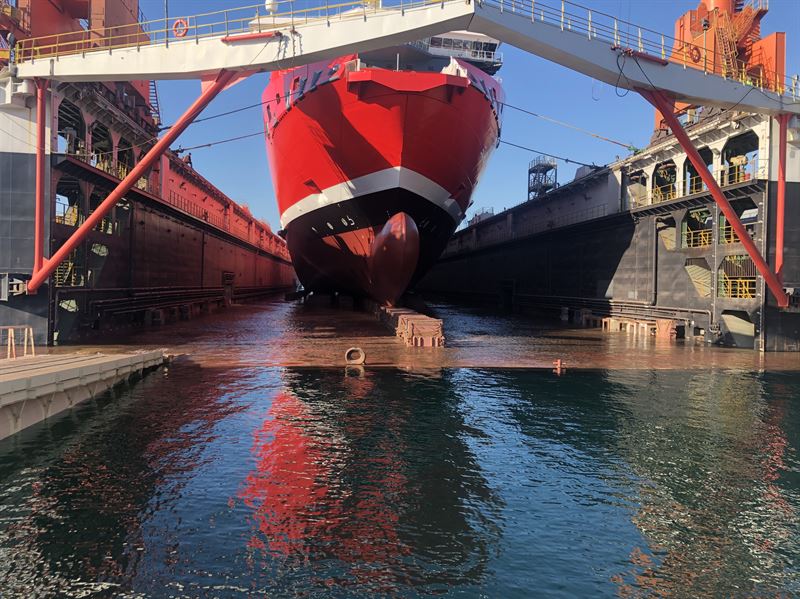 Since 1977, Stena RoRo has led the development of new marine RoRo, cargo and passenger concepts. We specialize in custom-built vessels, as well as standardized RoRo and RoPax ships. The company leases about fifteen vessels to operators worldwide, both to other Stena companies and third parties. Stena RoRo applies its technical expertise to design and convert existing ships for delivering tailor-made transport solutions to its customers. We call it “Stenability” www.stenaroro.com

About Corsica Linea
Corsica Linea is a French, mid-sized shipping company with a fleet of 7-8 ships. The company was set up in conjunction with the decommissioning of the state-owned and problem-ridden SNCM in 2016.  Service is provided between Marseille, Corsica and North Africa. www.corsicalinea.com