In August 2020, Stena RoRo began a unique conversion of the RoPax vessel Stena Scandica (formerly the Stena Lagan) and has been responsible for design and project execution. The ship was split in half and a new 36-meter-long mid-section inserted. As a result, cargo capacity has been increased by 30 percent. Completion of the conversion was marked with a ceremony at the shipyard in Tuzla, outside Istanbul. After a 10-day maiden voyage, the Stena Scandica will enter service at the beginning of July on Stena Line's route between Nynäshamn and Ventspils in Latvia. 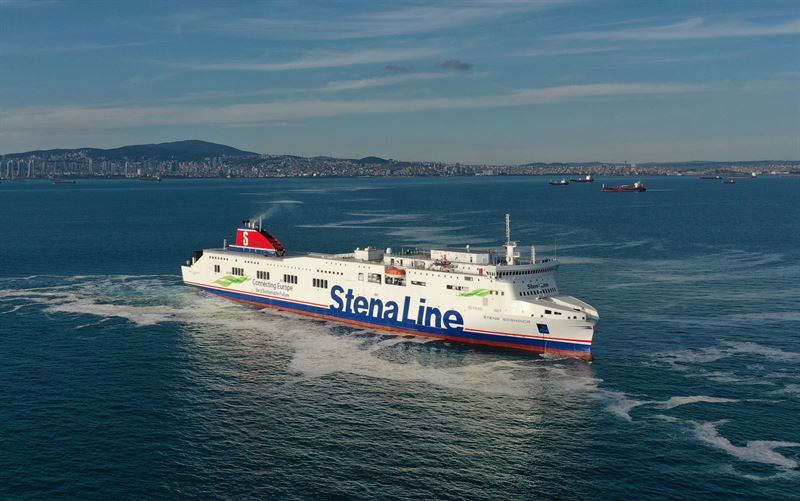 Modernization and increased capacity
The extensive refurbishment increases both the cargo and passenger capacity of the ships. The 36-meter-long mid-section gives the ship a new total length of 222 meters and a capacity of 2875 cargo meters, entailing an increase in capacity by 30 percent. With the refurbishment, the number of cabins has been increased by 80 to a total of 202. The ship's interior has been modernized and expanded with new shops, as well as passenger lounges and a new sundeck aft. The passenger capacity now stands at 970 passengers.

"Extending a vessel is a cost-effective way of increasing cargo capacity, while gaining room for more passengers," says Per Westling, managing director for Stena RoRo AB. "The new interior design and application of modern technology entail an upgraded passenger concept, with more efficient operation and reduced emissions per cargo unit."

The conversion includes a new bow section enabling drive-through loading and unloading simultaneously on two levels. This, together with internal ramps in both directions, means more efficient loading and unloading resulting in shorter turnaround times in port. Other modifications include additional bow thrust capacity, as well as installation of hybrid emissions scrubbers and a new ballast water purification system to reduce the ship's environmental impact.

Sister ship Stena Baltica (formerly the Stena Mersey) is undergoing the same extensive conversion and will be ready in the autumn. The two ships were built in 2005 and previously sailed on Stena Line's route between Belfast and Birkenhead. They will now become part of Stena Line's expansion on the Baltic Sea.

Stena Line CEO Niclas M årtensson said the delivery of Stena Scandica is an important step in the Companys expansion in the Baltic Sea.

“Taking delivery of the large, modern and efficient vessel Stena Scandica is a major milestone for Stena Line and enables us to continue to grow together with our customers in the Baltic Sea. During the year we will increase capacity with 30 % on the Nynäshamn-Ventspils route, and 40 % on the Liepaja-Travemünde route”.

Since 1977, Stena RoRo has led the development of new marine RoRo, cargo and passenger concepts. We provide custom-built vessels, as well as standardized RoRo and RoPax vessels. The company leases about fifteen vessels to operators worldwide, both other Stena companies and third parties. Stena RoRo specializes above all in applying its technical expertise to the design and production of new ships and the conversion of existing ships for delivering tailored transport solutions to its customers. We call this "Stenability". Since 2013, we have been responsible for the design and completion of Mercy Ships’ new hospital vessel the Global Mercy – the world's largest civilian hospital ship.www.stenaroro.com

Stena Line is one of Europe's leading ferry companies with 37 vessels and 17 routes in Northern Europe. Stena Line is an important part of the European logistics network and develops new intermodal freight solutions by combining transport by rail, road and sea. Stena Line also plays an important role for tourism in Europe with its extensive passenger operations. The company is family-owned, was founded in 1962 and is headquartered in Gothenburg. Stena Line is part of the Stena AB Group, which has 15 700 employees and an annual turnover of around 37 billion SEK. www.stenaline.com 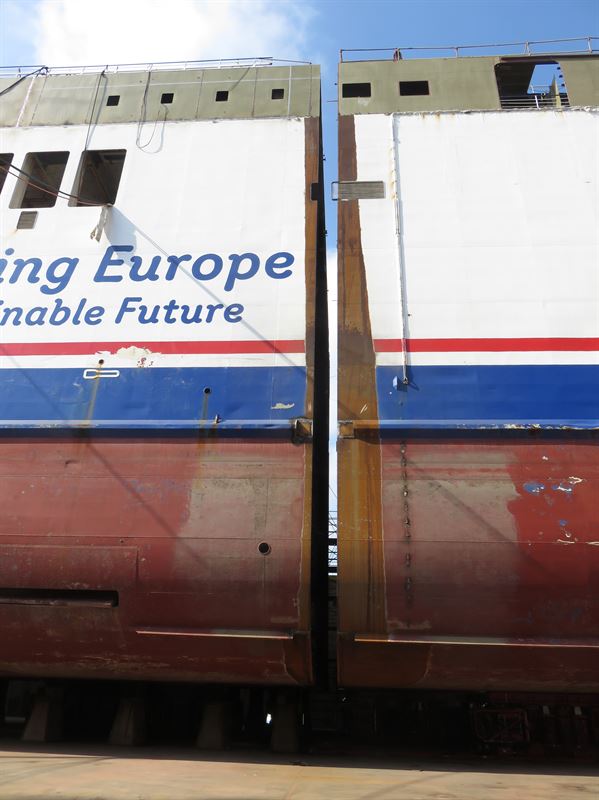 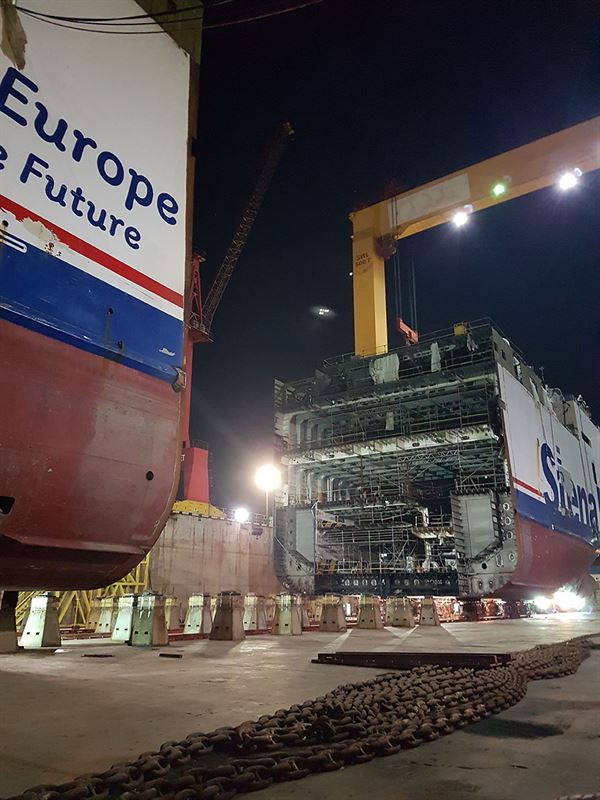 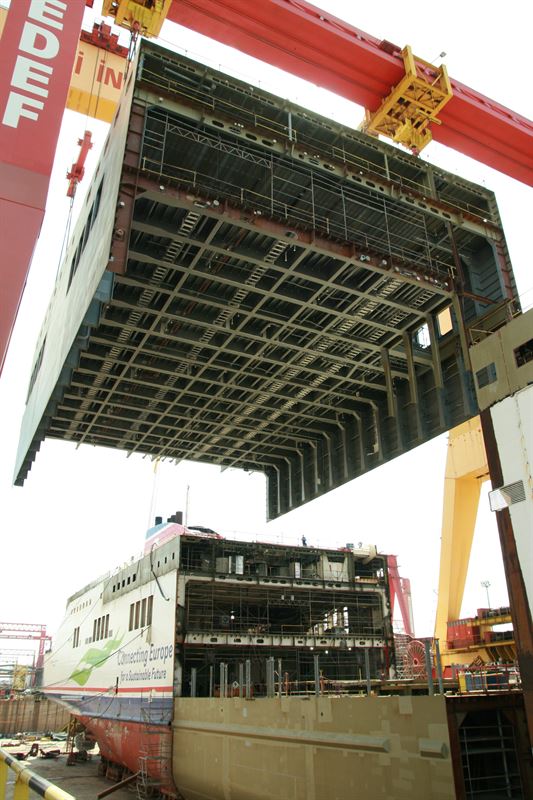